Last year, on April 24th, me and my team released Knife Sisters, a story-based game about love, manipulation, relationships and sex. We had been working on it for 2.5 years, but the creation process had been pretty straight forward – something that could not be said for the process of distributing and marketing the game. From November 2018, when we carried through the game’s Kickstarter campaign, and onwards, it gradually dawned on me how bumpy that road would become. Because of the game’s content, which includes sexual and BDSM scenes (mainly in written form), it was impossible to buy ads on any social media channel, the game was hidden away behind walls on Steam, among other hurdles, which I describe more closely here and here, and that Svampriket also does a great job of explaining in this video (in swedish).

The whole process of not being able to show the game to the world in the way I wanted too made me deeply disappointed. I had thought, as I guess many others, that the Internet and social media were phenomena that would make the world more progressive, not the other way around. Now it was shoved in my face that I had been wrong, I had lived in a bubble: one where it would be okay to discuss sex with teenagers and let them try things out in a safe setting – even things that they might not want to do in “regular life”.

The online platforms, both social media and distribution channels, as well as marketing channels and people, told me this was not okay. The clash between what I now thought about those platforms, and the requirement for me to be there to market my game – on the very same channels – became something I could not really handle.

In June we got the amazing opportunity to showcase Knife Sisters at the IndieCade Showcase at E3. That was a fantastic experience. We met and talked with so many people who tried and liked the game. I brought micro fanzines in which I’d written about the process, and had planned to make a whole blog series about it. At the same time, there were things going on in the background…

This was our third time to Los Angeles in just two years, visits that I had enjoyed a lot, but there were also things about L.A. that gave me a sense of looming disaster. We went to Chinatown and saw street after street with empty premises, and when we rode the bus we saw heartbreaking poverty through the window. All I could think about was Late Stages of Capitalism and that it would all soon be over. Me and Pixie said our goodbyes to the City of Angels during that visit. Maybe we’ll be able to go back some day, but already at that point we thought that it might not be possible. So we said sayonara to Little Tokyo and the wonderful mochi there (hoping it will prove to be auf Wiedersehen).

Fighting until you drop

When we got back from L.A. something happened. Up until that point I had been very energetic, meeting the obstacles head on. All the time, I’d had ideas about what the next steps would be – but after E3 the energy was not just gone, it was obliterated. The will to fight wasn’t there anymore, even though the experience had been great. I’ve been through burnout before, but this wasn’t like anything I’ve experienced previously. All my creative energy was depleted, and I could not see any reason for it to ever come back.

Possibly because of the state I was in, the things that had been going on in the background now surfaced. I got acutely aware about the state of the world, about climate change, extinction of species, water shortages and all the related issues. I felt a huge urge to understand what was really going on, and what it would actually mean for humanity – and for me. I read many, many books and articles, culminating with me finally reading Six Degrees: Our Future on a Hotter Planet by Mark Lynas, a book I had wanted to read since it came out in 2007, but had been wary about, since I was afraid of what it would say. Now I finally read it.

To be honest, at that point, making games just didn’t seem meaningful to me anymore. What difference would a game make, in the context of the world going up in flames?

Event though this crisis seemed more like an existential crisis than exhaustion to me, it was actually both. During the coming six months I slept almost ten hours each night, and was still tired when I woke up. I tried to keep on working even though it seemed meaningless. I had a new project in the making, and before the crash I’d been excited about it. Now, I just worked on it because I had too.

But because of my thoughts about the world, the orientation for this new project shifted to encompass some of the themes I was thinking about, which was a good decision. I worked very slowly. I cut down on using social media, but kept my accounts and sparsely posted things. Eventually, I deleted the Twitter and Facebook apps from my phone, and installed add-ons for my browser to make both channels as minimal as possible, taking away a lot of the buzz. I think I’ve now cut my social media use by 85 % – and that’s one of the best things I’ve ever done.

When 2020 came around I was starting to feel a little better. Energy was slowly coming back, I still didn’t know if making games was what I really wanted to do, but I at least started to sleep normally again and was able to work a little more. I started writing a new novel. Then you all know what happened. For me, Covid-19 took over everything already from the 23d of January, when I heard about the lock down of Hubei. In my mind it was clear that China would not shut down a region with 60 million people in it, if there wasn’t a very good reason. I’m not going to go into how much time I spent reading about Covid-19. But in a way, the virus opened up something new to me.

I had already been very interested in Japanese culture and curious about all of East Asia, but I didn’t have a good way to access more information about it. Because of Covid-19, I found newspapers to read, channels to follow, and I learned a lot. After a while, the huge interest for the virus transformed into a much wider interest in Asian culture as well as aesthetics. I consumed so much anime and manga that I’m almost ashamed of it.

To understand the works better, I read books about Japanese/Asian culture and religion. And somewhere around here, things started coming together again. Because through those works of fiction, I understood that there is always meaning in fictional works – the fact that the world is changing and people are facing hard times just makes them all the more meaningful.

It’s safe to say that my life has changed a lot in the last year. Maybe it’s not that visible from the outside, but inside of me I’d say that everything is different. (Though I’m probably not the only one who feels that this last half year has been as long as a couple of regular years.) I do think I know where I’m heading now. I’ve understood that art and stories are important things in my life, and I will keep creating, but I will not keep destroying myself in the process. I will let some other, also very important things, take up time and space as well.

I’ve started a nerdy project in which I’ll analyze how storytelling and visual expression in manga and anime can influence visual novels. I’m working on two games, one is a micro game or “VTVN” – Very Tiny Visual Novel, that I will use to experiment with in the aforementioned project. And then there’s Truer than You, which I will tell you more about in time.

I will write some posts on my thoughts about the storytelling and visual expression in selected manga, anime and visual novels, as well as how they relate to each other. Because that’s what I want to do right now! One work I will write about is Descending Stories – Shouwa Genroku Rakugo Shinjuu, by Kumota Haruko, which is a fantastic work of art, in all its forms.

I’m not sure if I’ll ever be able to write those blogs that I promised more than a year ago, about what I learned during the release process of Knife Sisters. Maybe I will, maybe I won’t. But the game is still out there. A good thing with released works is that they are stubbornly doing their job, even when I can’t be with them. I think Knife Sisters is doing fine. In July they will be part of the A Maze festival, and we are nominated in the A Maze awards.

This year has been longer than any other, and I’m pretty sure that the world, at least for me, will never go back to what it once was. But that doesn’t necessarily have to be a bad thing – especially since creation, art and storytelling will be there in some form, whatever happens. 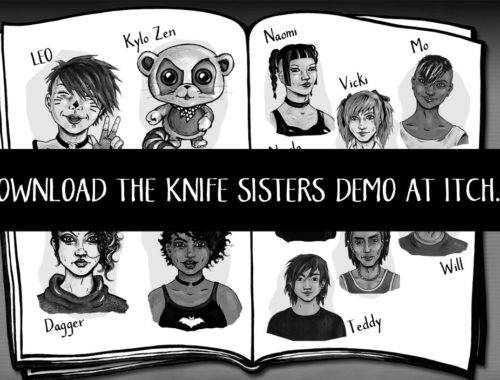 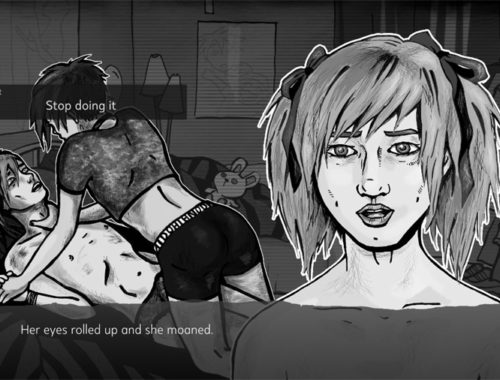 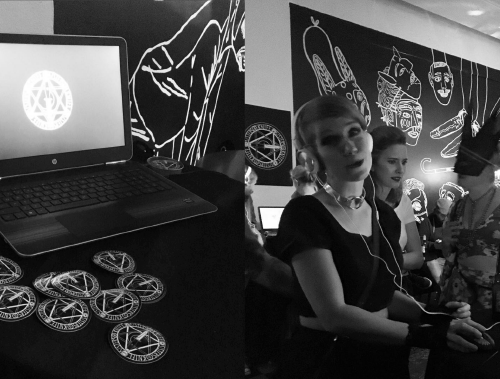